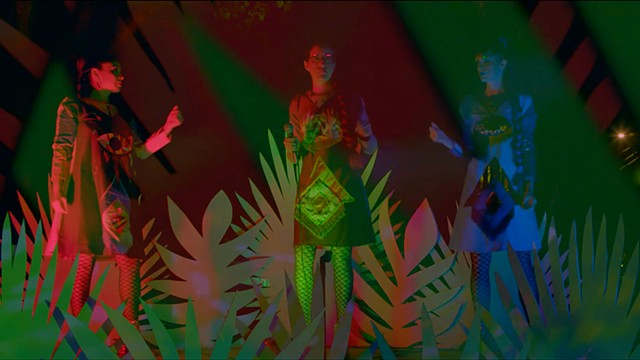 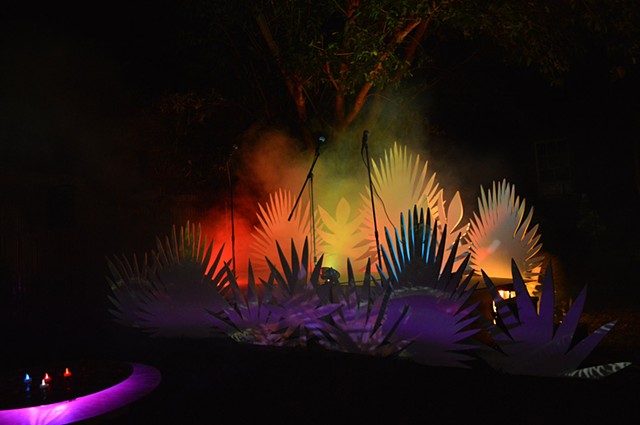 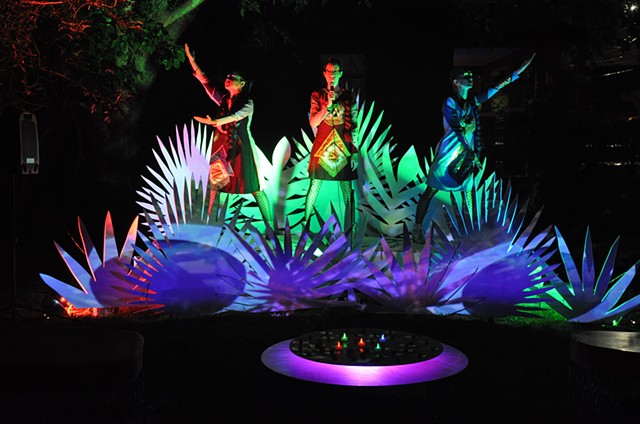 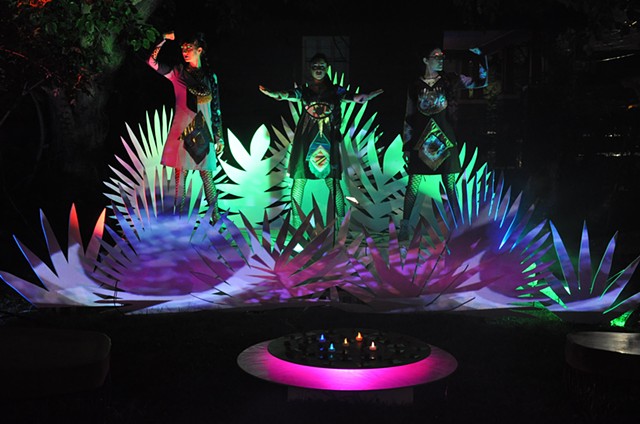 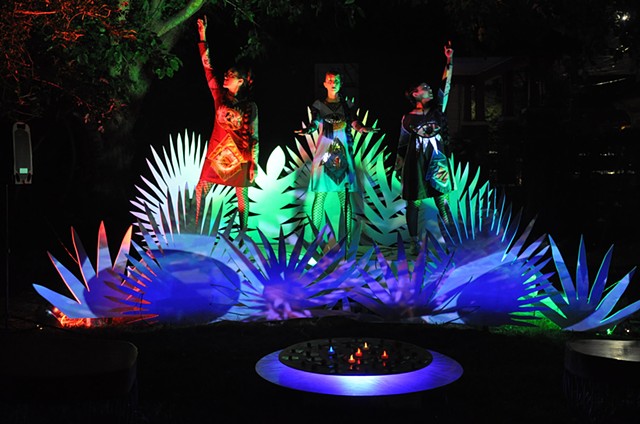 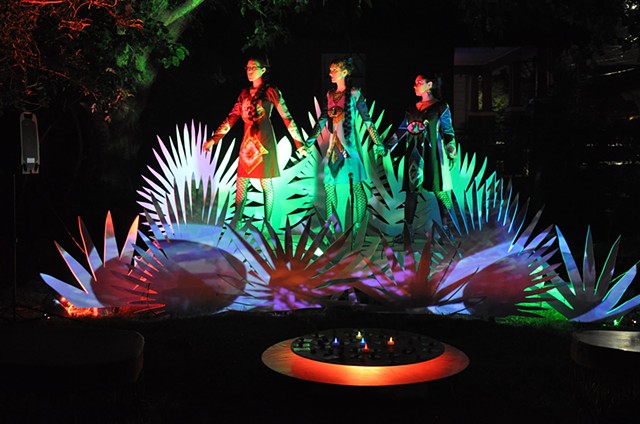 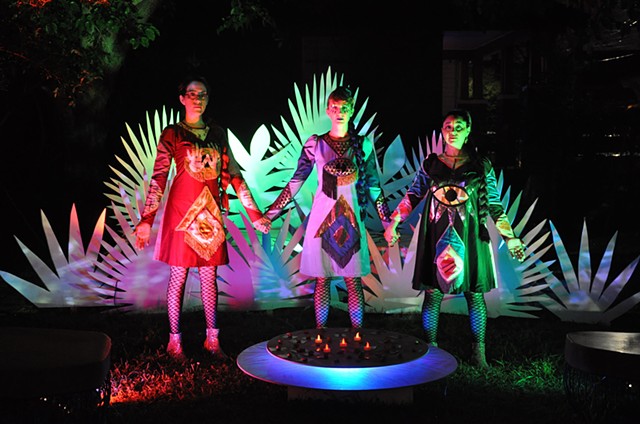 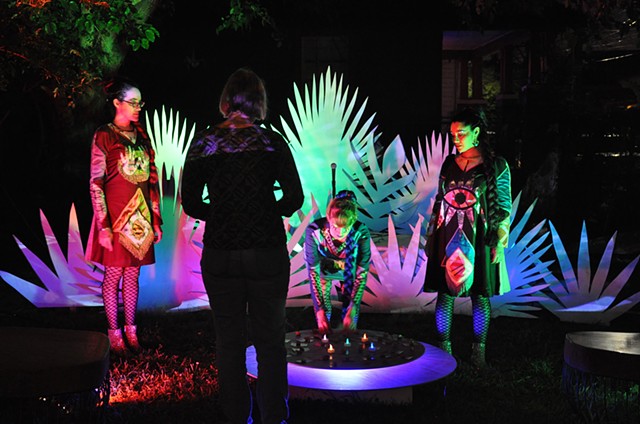 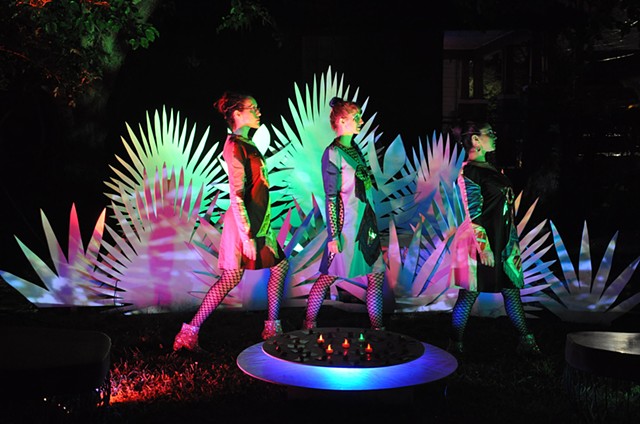 A collaborative, interactive performance by the Crystal Efemmes (Vanessa Centeno, Robyn LeRoy-Evans, Cristina Molina, and Ryn Wilson). Visionary Bringhers Future Tellhers is a hybrid between hallucinatory theater, performance art, Greek choral arrangements, and rhythmic spoken word. The performance was based on the figure of the Oracle from the 7th c. BC to the 4th c. AD who were seen as harbingers of truth and delivered matter of fact prophecies that impacted major decisions at the time. As a group of female artists we are amazed by a history that accepted women’s voices as law. In current times we see the new oracles of contemporary society as groups of people like The Silence Breakers. After all, these persons of the year existed as a chorus of mostly women who unveiled the traitors of good faith and good work. Since oracles bring prophecies of the future and demystify the present, our performance served as a platform for voicing contemporary concerns.

Made possible by funding from the Foundation for Contemporary Arts Emergency Grant.

The Crystal Efemmes The Crystal Efemmes are a quartet of interdisciplinary artists concerned with revisionist histories and feminist agendas. Comprised of visual artists Vanessa Centeno, Robyn LeRoy-Evans, Cristina Molina, and Ryn Wilson, The Crystal Efemmes alliance formed in 2014 after learning their individual artworks shared themes of intersectional feminism, mysticism, body politics, and concerns with the environment. As a collective they create immersive installations that concentrate on retelling myths and histories from a perspective that empowers and honors women. Together and as individuals they have been awarded national and international residencies including the Joan Mitchell Foundation Residency, SALON Arts Council Residency, 'ACE residency Buenos Aires, and AIRIE Everglades. Their works have been exhibited at the New Orleans Museum of Art, The Contemporary Art Center New Orleans, Newcomb Museum, Syros International Film Festival, Kunsthall Stavanger in Norway, and Digital Interactive Artspace in Denmark.