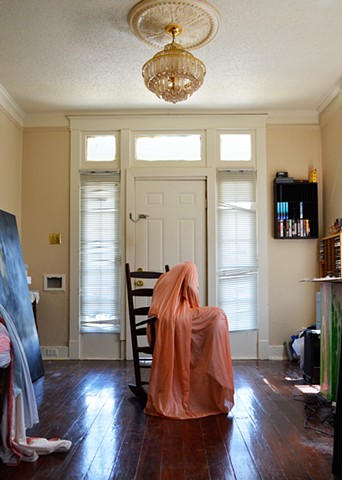 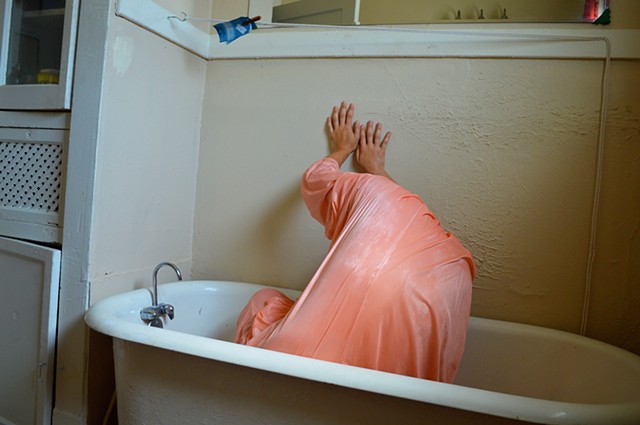 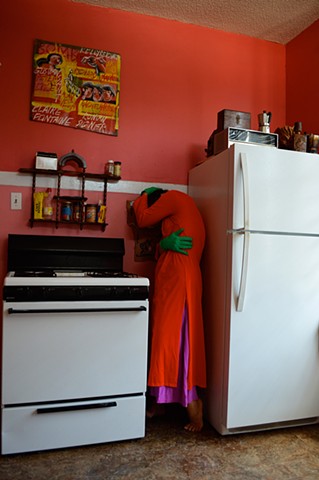 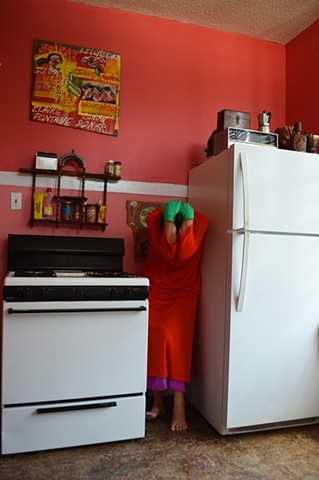 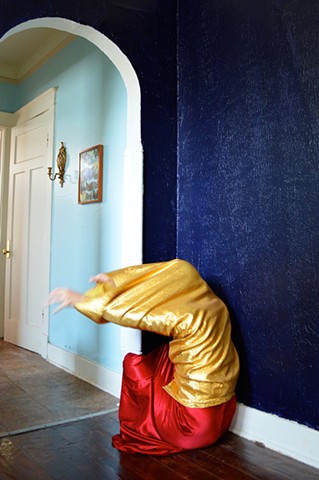 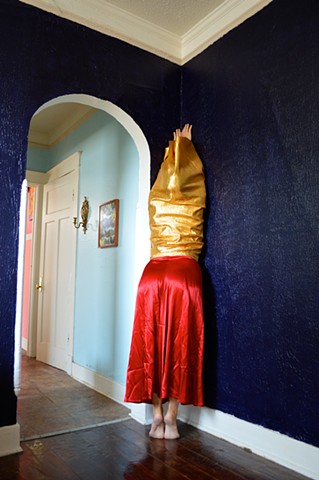 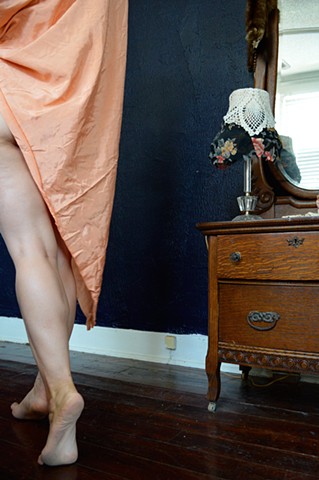 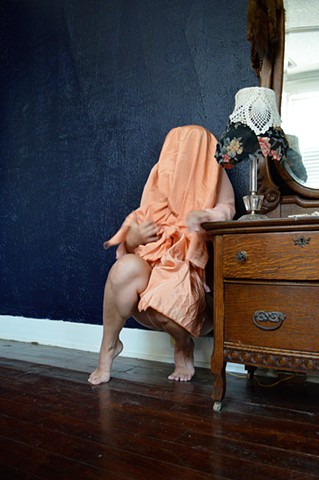 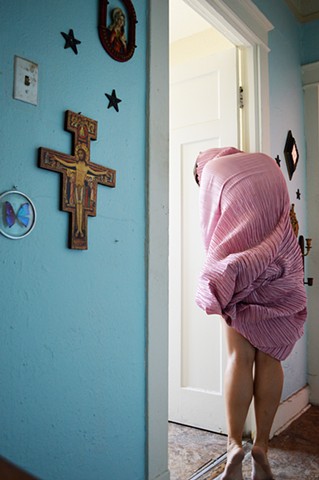 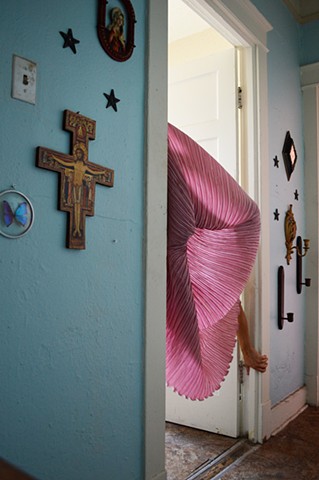 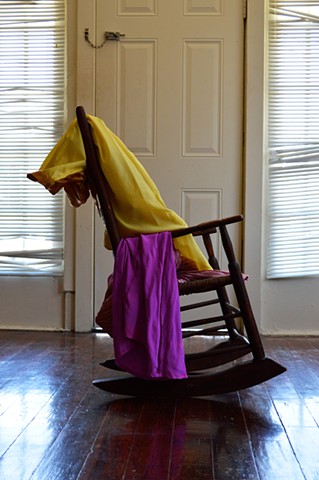 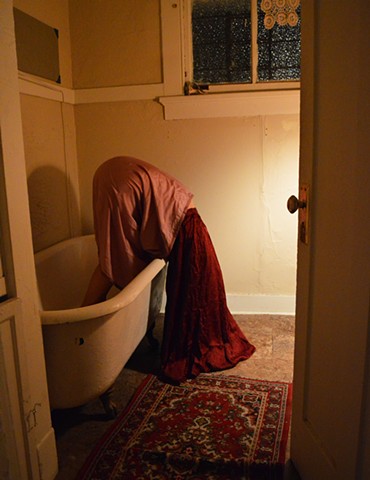 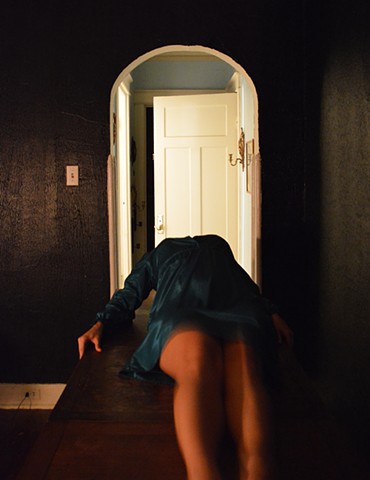 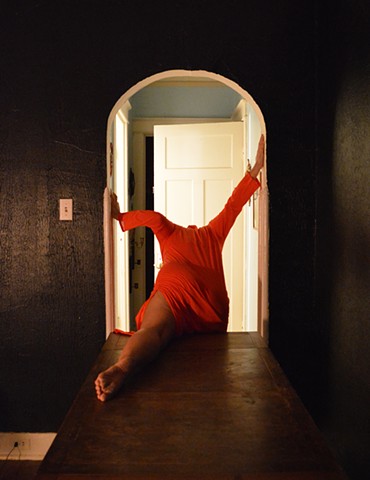 For the series Shotgun - named after the typical New Orleans style house in which it was made - the viewer follows a faceless figure through various rooms. The figure's colourful garments mirror the colours of the interior space, but also the city outside - New Orleans is known for its brightly-painted historic houses.

In contrast to this vibrancy, the images also suggest an underlying darkness; a woman's domestic dissatisfaction, perhaps. As the figure moves through the house we watch her struggle against something; whilst interacting with the objects and spaces around her, she moves awkwardly and unusually, always keeping herself unidentifiable.